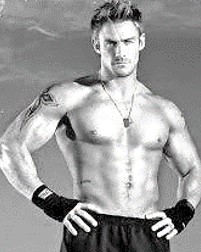 Model pic for Erik Slater (I don’t know who the model is, but thank you for looking so delectable.)

Erik Slater is 30, and he’s a high ranking sales manager for the USA-Mid-West region of Merc-Roi Consulting, a product and services distribution company that is based out of France. He has to travel a lot for his job, and he loves it. He’s currently up for a big promotion, and that means more power and more money. He’s worked hard, and he’s ready.

Merc-Roi Consulting Logo (This is who Erik works for.)

Erik met Ivy while out on a run through the streets of Ann Arbor. It was about four months ago. He was running his usual ten mile circuit, when a family of four—including a mom with a stroller and screaming baby—angled into his path. Erik had to maneuver and jump around to miss accidentally trampling on their toddler. When he did, he fell into Ivy, bumping her into the glass window of Bart’s Arts. Ivy had been pretty and stunned. After apologizing repeatedly, he offered to take her out for coffee to make it up to her. She said no. But then he found himself running her way when he went for his nightly runs. He kept asking her out until she finally said yes to dinner a month later. 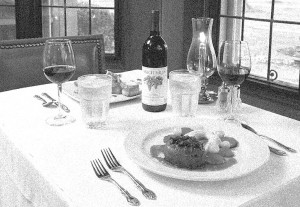 Erik loves to eat out at the best restaurants, savoring the tastes of fine dining.

Fine dining, traveling to the bigger European cities (Amsterdam, Athens, London, Paris, Nice, and Rome are among his favorites), and driving performance enhanced sports cars on the Autobahn are among the things he loves to do when he’s not working. 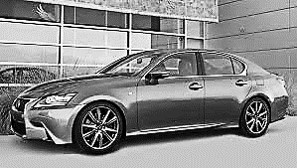 He drives a sleek metallic-silver Lexus sports sedan, and he has a luxury, modern-décor condo in the heart of Ann Arbor. He’s not much of reader, unless he’s reading sales reports and competitor bios. So if you ask him what’s on his bookshelves at home, he’ll tell you he really has no idea. Whatever his interior decorator picked out for him. Something with a black and white cover to match the colors in his condo. His housekeeper apparently likes Ansel Adams, though, because he’s always finding one of those books on his coffee table. 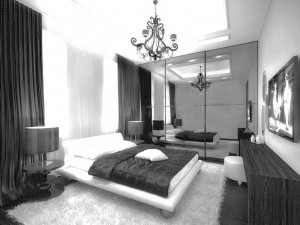 Erik loves his luxury condo all decorated in blacks and whites.

Erik likes to take Ivy out to dinner at his favorite restaurant, Chip’s Chop House. Then they enjoy walking the streets under the stars, and sometimes stopping for something delectable at Sweet Treats Dessert Bar.

Do you have any questions for Erik or for me? Post them below.

Next post will be about Matt Killian. He’s yet another hotty to come into Ivy’s life. Choices, choices. Maybe she won’t have to choose.

This site uses Akismet to reduce spam. Learn how your comment data is processed.