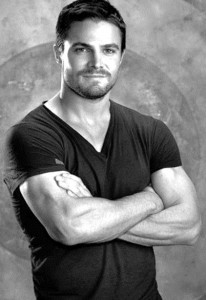 Matt Killian as modeled by the ever handsome Stephen Amell.

Meet Matt Killian. He’s 31, and he is the new artistic director at the Starlit Stage Community Theater and Education Center in Ann Arbor, Michigan. The previous Director practically ran the place into the ground, and Matt is having to rebuild from almost the ground up.

Logo for the Starlit Stage where Matt Killian is the artistic director.

It’s not going well. Finances are tight.  His Marketing and Publicity Director Jennifer Janson is turning out to be a royal pain in his ass.  And to top it all off, Rick Matthews, his staff play writer, just OD’d, leaving Matt with a half written play. Thankfully Rick is going to be okay, but now he’s in rehab for a minimum of three months, and Matt needs a finished play–now! The first act’s set is built. Opening night is in four weeks. The actors have auditioned and been selected. They are ready to rehearse.  . . . But . . . no play.

On the bad days, the theater feels more like a curse than the amazing opportunity it feels like on the good days. Matt lives on the knowledge that there are many more good days than bad. He is determined to make the theater a success. Having his own theater has been his dream for years. He started off as an actor and a musician, and he knows the theater life well. He loves it. He loves the hard work, the long days, and the reward of a show that pulls people out of their seats, giving standing ovations.

Right now that means 14 to 18 hours a day, 7 days a week. He’s tired and scrambling to find a new playwright. Which is how he meets, Ivy. She responded to his S.O.S. call.  Outside of that, he knows very little about her. But he does know that she got her first play to Off-Broadway, and that’s reasonably impressive. 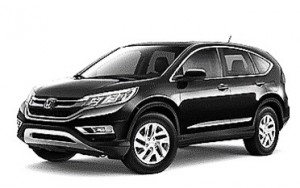 Come hell or high water. Snow. Blizzard. Doesn’t matter, he will find his way to the theater. He’s reliable, because his metallic-coffee-brown, all-wheel-drive Honda CRV is reliable. 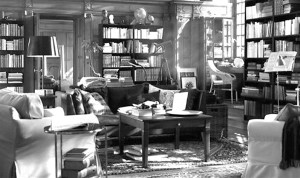 To see what books are on his bookshelves, you have to do a little navigating once you get inside Matt’s house. He has books everywhere. On his shelves. In organized piles on his floor. Next to his bed. On his couch. He has every handbook the American Association of Community Theater has ever published. Management, Development, Set Design, Methods of Acting (including method acting). If it has anything to do with theater, it’s in there. If it’s an important play, it’s in there. He has a seemingly endless assortment of books with sheet music for his guitar. Books on travel. Books about instruments, life, psychology . . . you name it, he might just have it. 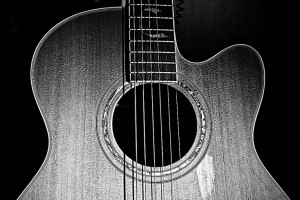 Things he does in his downtime: what downtime? He is the theater. He wants the Starlit Stage to be a giant success, and he’s a perfectionist when he’s working. He practically lives, eats, and breathes the theater and the performing arts. But when he does wind down, he enjoys playing his acoustic guitar, and he has a soulful voice like Chris Cornell. He’s in a band, The Third Act.

Well, now that you’ve met Ivy Baines and the men in her life and you are getting familiar with my new upcoming novel . . . what should we talk about next?

Do you have any questions for Matt or for me?  If so, please post them below, and we will happily get back with you.