I lost a couple of weeks being seriously under the weather.  The being under the weather part sucked, but the upside is, breaks from my stories–whether intentional or not–tend to be quite helpful, because my brain keeps thinking and planning, studying the story, and thinking of ways to make it the best it can be.  And this time was no exception.  :0)

I actually started writing Tempted about a year and a half ago, with the initial series idea sprouting in my brain more than two years ago.  I spent some time developing the initial story idea, but I was in the middle of writing Love AND Revenge, so it was an idea that was going to have to wait.  And then when I finished Love AND Revenge, I was super excited to get started, so I hit the keyboard and began pounding out words to page.  It was fabulous, but then the world dropped out from underneath of Paul and I.

We found out after three hard years of trying to make New Hampshire work for us, such that we struggled through nine different builders and designing a multitude of house floor plans hoping to find something that worked … and finally getting a builder and a house underway, it was not meant to be.  Paul’s employer suddenly and quite unexpectedly packed up shop and relocated to Pennsylvania.  We had to drop everything and prepare to move.  Fast forward through 18 hard-assed months of packing and moving and getting resettled into a new home build … and getting Damn, Girl. That Sucks. out instead (it was supposed to be a quickie book to hold you over until I would have time to write a full series), and well … here I am.  Back to the new series, and the first book of it–Tempted.

Two years ago, I amassed 3 binders of notes and research for this new series, and when I wrote, I made it through the first chapter, including the inciting event that sets Eve on a massive course of self-destruction.  She is, after all, a wounded person with a bit of a hard road of her own to travel.

So now that I am sitting back down to her story, I first had to re-review all of my old notes.  Wow!  I’d done a lot of research and story boarding, which is a good thing.  It was way helpful to me getting going now.  But as I was talking about at the open of this blog post, stepping away oftentimes provides clarity … and I love clarity.  :0)

I’ve been working on the whole opening of this story.  What I’d written before was definitely promoting the suspense of it.  And that’s good.  And I’m going to keep with the suspense.  But in re-reading and analyzing, I realized that I could write a more emotional, moving, feeling, suck-you-really-in opener of a first chapter / inciting event.  And I’ve been planning that out and doing some reworking and rewriting, and I can tell you … my SQUEE-factor shot out the roof.  :0)  So … I’m loving it.  Which I hope means you will love it, too!

So, I wanted to take a quick minute to tell you a little bit more about Eve.  Eve Feray, that is.

I mentioned that she is a scientist, and she is.  She’s a neuroscientist dedicated to her work and an expert in her field studying the central nervous system.  It’s actually her expertise that will guide Ben, the super hard-ass, super smoldering homicide detective her way.

Eve is quiet.  A bit of recluse.  She owns her own home on a shared 150 acre family parcel of heavily wooded land about 50 minutes outside of Detroit, MI.  She owns half; her mom owns the other half.  Eve is a hard worker, dedicated to her research.  She is the P.I. (Principal Investigator) in her lab and has a number of researchers and support staff working under her in their private and grant funded research facility.

When Eve isn’t working late nights at her lab, she’s home reading or gardening.  Her list of friends is short, but includes her personal assistant, Bella, and her psychic, Jasmine.  And her mom.  She’s taking a chance on love, and Matt Stirling is the perfect object of her affection.

Next, I want to show you an inspiration pic for Eve, but first I have to tell you something I find a bit funny about me and finding inspiration pics.  I don’t have the inspiration pic of Maddie Monroe from Love AND Bullets and Love AND Revenge; it’s buried in a box of old research notes for those books–but it’s this early-on, pre-discovery pic of Miranda Kerr, the Victoria’s Secret Angel.  I found it in a JCPenney’s catalog, and she looked bubbly with these giant dimples and adorable face.  And I was totally all like, holy shit, this is so Maddie.  And then, years later, when Love AND Revenge was being released, I saw her (Miranda Kerr) walking the stage for a Victoria’s Secret TV special … and I freaked.  I called Paul to the TV and pointed, exclaiming, “Holy Shit!  Maddie’s an Angel!”  LOL.  Up until that point, I didn’t even know the JCP model’s name, and somehow–wonderfully for Miranda Kerr–she’d become an Angel.

So.  Once again, I’ve picked another inspiration pic of a relatively unknown person, and now, by the time I get to the books, she’s become A LOT more recognizable.  I picked this pic of Jaimie Alexander (Jaimie had played Lady Sif from Thor … and at that point, was mostly not paid much attention to … but I thought she was just beautiful.) … Well, now, of course, Jaimie Alexander has become Jane on Blindspot.  She’s the star of her own show.  LOL.  So … the good news is that should my series ever make it to movie … maybe Jaimie will want to assume the role of Eve.  :0)

And with that introduction, here is the pic of Jaimie that I feel really embodies the essence of Eve, post inciting incident. 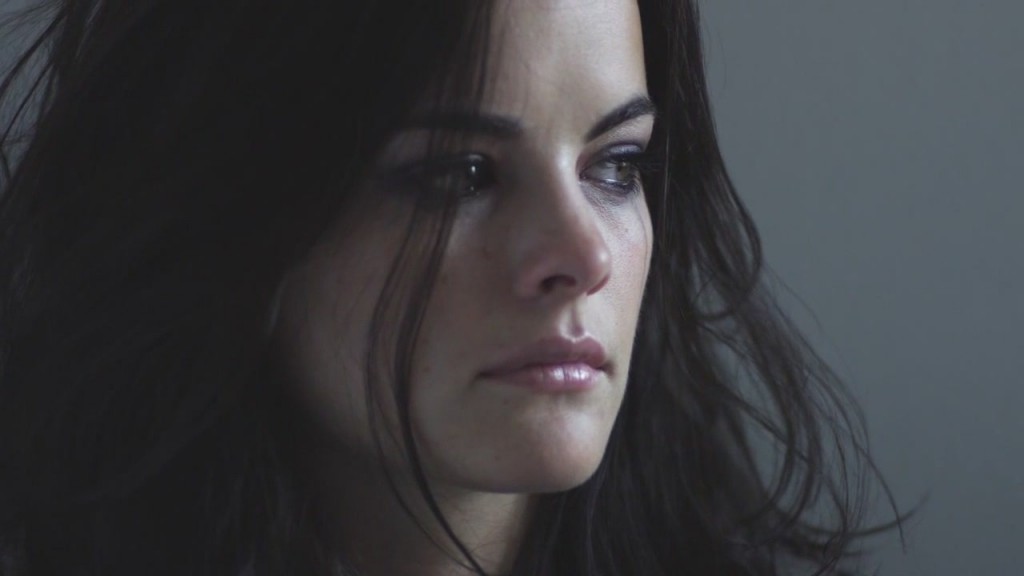 Note, that for me, picking inspiration pics isn’t just about the physical attributes.  I also look for mood.  Like how I picked the pic of Charlie Hunnam for Dan in Damn, Girl. That Sucks.  No other pic of Charlie conveyed the mood of Dan.  The look of Dan.  In fact, while writing DGTS, I would look upon the pic of Charlie, and after a very short while, I didn’t see Charlie anymore … only Dan.  I’m guessing something similar will happen here with this pic of Jaimie.

The physical differences between Eve and Jaimie are that Eve has midnight blue eyes and a number of silvery streaks in her hair.

Hugs and Silliness and my heart filled with love!