So actually my life update leads into the freebie this weekend. As many of you know, we are relocating to Philly, and we are in the process of having a townhome built there. We found out that we are on schedule for moving in by the end of May, and we just got pictures of the drywall going up. 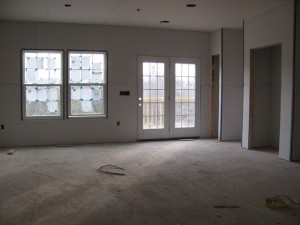 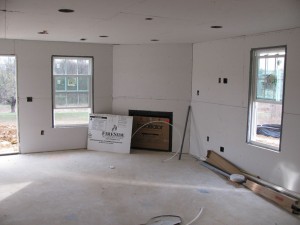 If you’ve been keeping up with me on Facebook, you very likely know our time here in New Hampshire has been quite the challenge and culture shock to our systems. Basically being Midwesterners used to life in and around Ann Arbor, Michigan, New Hampshire has been pretty, and we’ve met some really nice people (who we will miss dearly when we leave), but otherwise, life here hasn’t really been our thing. 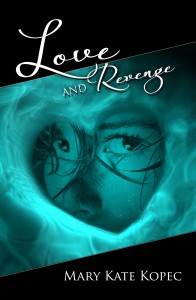 So … I’m very excited about the progress with our townhome, and I have decided to celebrate with a freebie this weekend. If you have a Kindle, you can download a free copy of Love AND Revenge from Amazon this Saturday, April 18th. Tell your friends, family … everyone who might be interested! 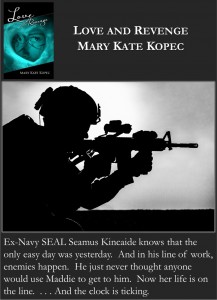 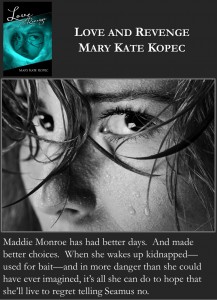 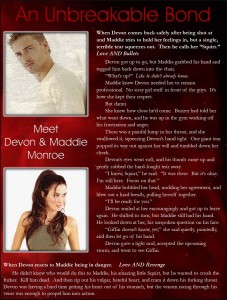 I love so much about this book. One of the things I love is how you get to see the wonderful brother-sister relationship between Devon and Maddie.

If you haven’t read my Love AND . . . series, I hope you’ll pick up a copy of Love AND Revenge and give it a go. I absolutely LOVE this book, and if you LOVE it, too, you can always go back and read the other two books! Win, win!!!

I’m also super excited because my new Secret Title book is coming along wonderfully, and I’m nearing completion. I would have been done already if it weren’t for all of the moving and house prep stuff … and well, to be honest, my characters surprised me with the ending they wanted … so I’ve been making sure to give it to them. They know best!!!!

I’ll be looking for beta readers, so if you are interested, you can contact me either here on my blog or on Facebook or via email at marykate at marykatekopec dot com.

I hope you have a great weekend!!! 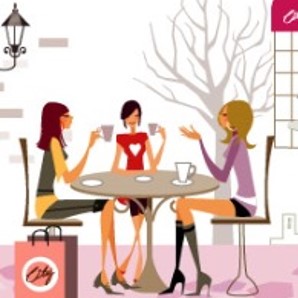 Life can be damn hard. Just ask Ivy Baines. And it can feel even harder if you have to do it alone. And that’s exactly how Ivy feels. Alone.

That is until one too many knock-down punches from life lands her in the company of four women. Four caring and compassionate women who know a thing or two about life’s little love taps. And when they come across Ivy in severe meltdown mode, they step in to help out and lend her a shoulder to cry on. 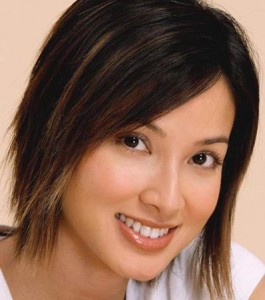 Li Chang is in her mid- to late twenties, an artist, and is currently dating Koa Kiko—a really great guy. She mostly works in oils and acrylics, doing a lot of murals and paintings on commission. She’s traveled the art fair circuit, and she finds it exhausting, so she’s happy to make less working at home and staying local doing what she loves.

Li is of slight frame and about 5’6”. Brown hair in a razor cut bob with bleached tips, brown eyes, and a whole lot of spunky rebellious attitude. She’s soft spoken and nice as the day is long. 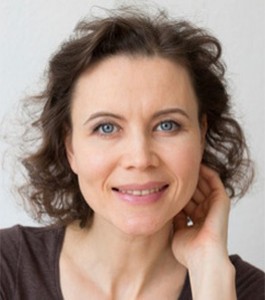 Terry Greyson is in her late forties, about 5’3”, and she is the office manager for Chester’s local family dentist, Dr. Kenneth Kaine. She’s down to earth, level-headed, and she says exactly what she means. Not one to beat around the bush, she sometimes comes off a bit shocking, but she’s as genuine as can be.

Ever since Willow got a hold of her hair, Terry’s been wearing it a bit different than her picture above. Currently, her hair is dark brown, cut in an edgy pixie cut and sprinkled with bright raspberry streaks. Terry loves her tattoos and freedom of expression. She hasn’t found “the one” yet, but when she finds her, Terry’s life will finally be complete with all the love she hopes for. 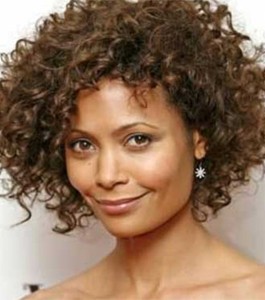 Willow LaFoy is in her mid- to late twenties, 5’10”, and a stunner. Working part-time as a hairdresser and beauty consultant, Willow also models part-time, and she was once spotlighted in a national commercial on TV. Her goal is to complete her Bachelor’s in Sociology, then Master’s, to become a clinical sociologist specializing in women’s health issues.

Willow is quieter than the rest of the girls, and she has a very calming effect on the people around her. She is self-confident, but has no idea how pretty she is, so when people mention it, she gets a bit self-effacing. And if you sit still long enough, she’ll have your hair done up in ways you never imagined, and she always makes you look great! 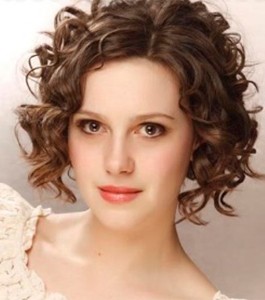 Sasha Delaney is the baby of the group. She’s twenty-four, 5’7”, and a 1st grade school teacher at Community Hands Charter School in Ypsilanti, Michigan. She loves teaching, and she loves her students. She doesn’t have a boyfriend right now, but she’s a hopeless and happy romantic. And when love and relationships are the topic of conversation, she’s always encouraging and excited about the possibilities!

Sasha is confident and not afraid to speak her mind, and big on emotion. She’s quick to smile, and quick to hug. Super supportive, she’s ready to help anytime she can. Her romantic, soft, chocolate curls and large, soulful brown eyes, give Sasha a look of innocence that is misplaced. However, she is the sunshine in any room.

These four fantastic ladies live at Chester’s Hope House in Chester, Michigan with Dan Davies (the house manager) and Ivy Baines.  They have a happy secret to share with Ivy, and they’re pretty sure that Dan has the hots for her . . . which of course has Sasha giddy and beaming with excitement! 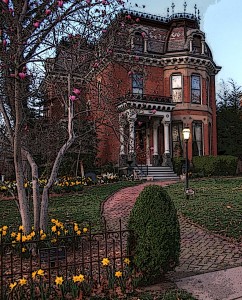 I think in life we all wish for that friend or that group of friends that we know we can count on when the chips are down, and for Ivy, she gets lucky when her path crosses with Li, Terry, Willow, and Sasha. If all goes well, they just may be friends for life.

I hope you have enjoyed all of these character introductions (as well as getting to meet Ivy Baines, Dan Davies, Erik Slater, and Matt Killian in previous posts).  I’d love to hear from you, and if you have any thoughts you’d like to share about Ivy and her world so far, post them below and I will be happy to get back with you!

I’m happy to report I am making great progress with this Secret Titled book, and I hope to have happy news about getting it to my beta readers soon.  I’ll keep you posted!!!